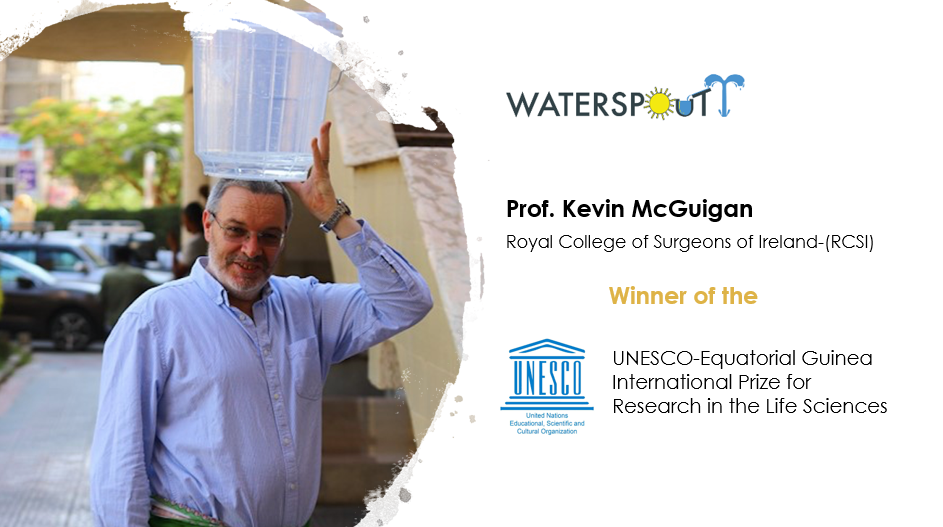 We are very proud to announce that WATERSPOUTT project leader Kevin McGuigan has been named as a recipient of the UNESCO-Equatorial Guinea International Prize for Research in the Life Sciences which rewards outstanding scientific research projects that have led to an improvement in the quality of human life.

Solar water disinfection (SODIS) buckets designed by Buckinghamshire New University and made by the Polytechnic University of Malawi are being used by more than 500 families in the Chikwawa region of Malawi, in south east Africa. Article by our project partner Bucks New University

The study has found alarming rates of diarrhoea and malnutrition in children under five years in the Tigray Region of Northern Ethiopia. Co-author and coordinator of the study, Professor Kevin McGuigan, said: "Our Waterspoutt project will hopefully bring relief to people who have some of the most limited access to clean drinking water." Article published on the RCSI website

The first 20L Transparent Solar water disinfection containers are filled and placed out in the sun in Tigray, Ethiopia. The 12-month field trials started in July under the supervision of our UNIVERSITY OF MEKELLE WATERSPOUTT colleagues.

WATERSPOUTT is now entering the most exciting and challenging phase of the project. The field studies are starting in our African partner countries. Over the next 12 months, we will...

All of the WATERSPOUTT Team have gathered in Entebbe in Uganda for the second General Assembly. Over the next 4 days we will discuss progress, identify risks and decide strategies to address these.

Colonialism and its legacies, as reflected in water, incorporating a view from Malawi

Continued, accelerating water inequalities and conflicts in the postcolonial world cannot be properly grasped without a thorough understanding of colonialism and its legacies.

WATERSPOUTT at the Austrian Parliament

Our colleagues in the University of Malawi have just completed their baseline survey in advance of field evaluations of the WATERSPOUTT Solar Ceramic Filter units.

WATERSPOUTT was featured in Pan European Networks Science and Technology magazine as an exemplary project carried out by the 3U partnership, a collaboration of Higher Education Institutions in Ireland.

WATERSPOUTT General Assembly. Monday 29th May to Wednesday 31st May 2017.

Researchers from the University of Malawi (WASHTED Centre) and Strathclyde have now finalized their research areas in Traditional Authority Lundu, Chikwawa District in the Southern Region of Malawi. 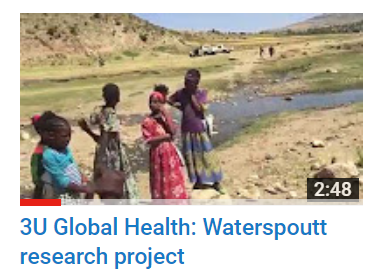 Researchers from EES, PSA, RCSI and MUT completed a field trip to Makondo in Southern Uganda in November to identify appropriate sites for the field location of the solar rainwater reactors. Six candidate primary schools in the area were visited and finally Kabuyoga and Arise & Shine primary schools were selected.

Dr. Lyndon Buck was conducting a scoping exercise to determine if local pottery/ceramic groups and plastics manufacturers might be able to produce the Solar Ceramic prototypes in Malawi.

WATERSPOUTT are excited to announce that our first prototype harvested rainwater solar reactor has just been assembled in Plataforma Solar de Alméria. While the final prototype design will be much simpler, the intention is that the solar reactor will produce at least 100 L of treated water per day.

Interview with Prof. Kevin McGugan published in the Irish Times

The Irish man who uses the sun to make drinking water safer via The Irish Times.

Connect for Water: The Critical Facts You Need To Know About The Clean Water Crisis

Water is essential for life. Not only does it connect every aspect of life, it’s a fundamental human need. Every person requires at least 20-50 liters of clean, safe water daily for drinking, cleaning, cooking and more.